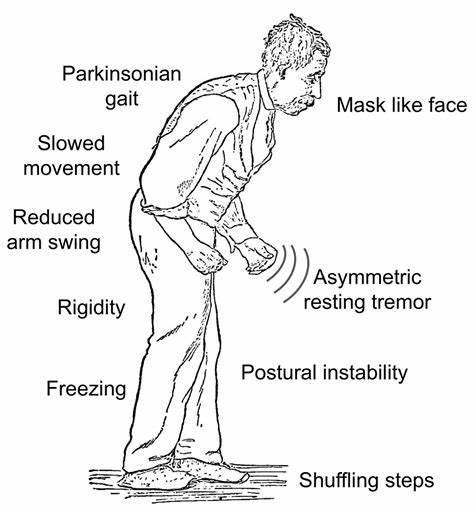 Parkinson's disease is caused bgy the degeneration of neurons in the are of the brain that manufactures dopamine, a neurotransmitter that affects movement. Eventually, characteristic tremors and speech, balance, and motor problems develope. The primary treatment has been drugs that replace or mimic dopamine and though these medicines sometimes improve syptoms temporarily, they do not slow the disease progression very well and the side effects of the medicine increase with long term use.

We have had much better results using a protocol that includes IV (intravenous) glutathione and hyperbaric oxygen therapy (HBOT). The well-known neurologist, Dr. Perlmnutter M.D. uses a similar protocol.

There is a lot that medical science doesn't know about Parkinson's, but we do know that free radicval damage contributes to its progressive nature. Glutathione is considered to be the most powerful, most versatile, and most important of the body's self generated antioxidants. Patients with Parkinson's have dangerously low levels of glutathione in the affected areas of the brain. It is extremely important in all detoxification pathways. Glutathione scavenges free radicals, detoxifies poisons and helps to prevent damage to the brain.

It is very useful in removing toxic metals such as lead, cademium, mercury and aluminum. It also enhances the function of surviving neurons.

Unfortunately, oral glutatione has a hard time crossing the blood brain barrier, so it has to be given intravenous to be effective. Many patients can see improvement after their first treatment, and most will see dramatic results after just a handful of treatments.

With many diseases, certain tissues and organs have poor microvascular blood flow. Hence those tissues are deficient of oxygen and nutrients. When the delivery of oxygen is impaired, hypoxia develops. The tissues began to release various chemicals such as antiinflammatory cytokines and chemokines that trigger inflammation. This process further impairs microcirculation resulting in a vicious cycle progressively getting worse.

Some parts of the brain develop worse microcirculation than others, thus differet diseases occur. Also, hypoxia induced inflammation activates special immune cells in the brain called microglia. When this happens, there is a build up of two brain destructive compounds, inflammatory cytokines and excitotoxins. As we age, we become progressively more hypoxic (oxygen deficient).

This is where HBOT can be so beneficial. By increasing the concentration and pressure we are able to supply up to ten times as much oxygen to the body. Thus, we are able to correct the hypoxia and eliminate harmful chemicals, cytokines, chemokines and excitotoxins triggered by hypoxia.

HBOT has been shown to increase microcirculation not just during treatments but permanently. We now know that HBOT improves a number of factors within damaged brains whatever the cause, including:

We have treated patients from all over the world with all kinds of illnesses with amazing results with HBOT. If you or someone you know would like to learn more, call us at the Doctors Clinic today at 806-355-8263 or go online to schedule a consultation at DoctorsClinicAmarillo.com.